Tuesday is my day as official counter on Putney Mountain; it was the first day in this season that the count exceeded 100 birds. Most birds were very high, pepper specks against the sky, so no photos. This hatch year Sharp-shinned Hawk was photographed last week. 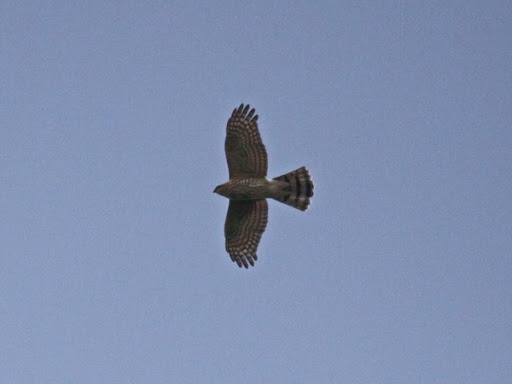 John Anderson and Don Clark were with me for the day, providing good company during the slow morning and good eyes during the afternoon when birds were often at the limits of binoculars. 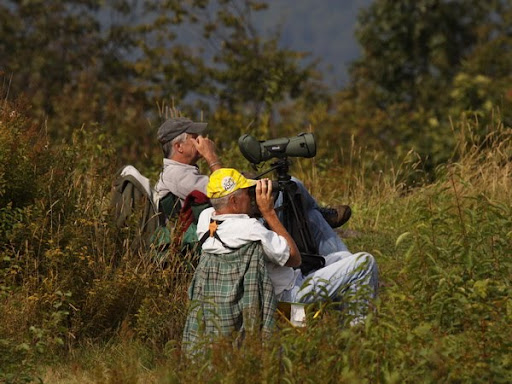 Early in the morning is often a good time for songbirds as they drop down from their night flight and are busy feeding. Highlight for me was my first Wilson's Warbler for the year which Don alerted me to ... 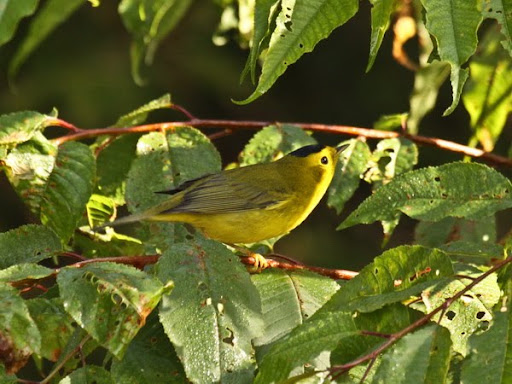 Wilson's Warbler is uncommon in the East, and nests much further north than my usual birding area. It may (or may not) be seen during migration. This gentleman was very cooperative; a few phishs, and he popped right into the open ... 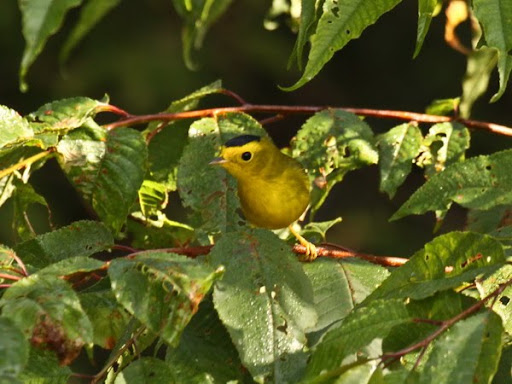 Not bad at all Chris for your first day and glad to see you had some company. I bet you can't wait for your broad-winged high counts! I love your Wilson's shot. Such a gorgeous bird

Beautiful shot of the Wilson's Warbler - I have never seen one myself. I remember the first time I went up Putney Mtn to watch the hawk migration many years ago and was thrilled to see a bald eagle flying past at eye level over the West River valley. Bald eagles were a rarity back then. I have to join you some Tuesday morning.

Hi Chris,
It is very nice to have company on some birding day. THe wilson warbler is marvelous and the pictures of it very nice. Well done.