I've been away for a few days and am just getting caught up. But today was my day as official counter on Putney Mountain. Last week was great - this week has been dismal, at least in numbers of migrating hawks. Weather was mild, thin cloud cover, no wind ... and no hawks, except for this single Osprey, which flew over the ridge so slow I felt like I could reach out and touch it. Migration will pick up when the front moves through. Late September early October are usually good times for Peregrines, accipters, and the larger buteos. TVs begin moving as well. 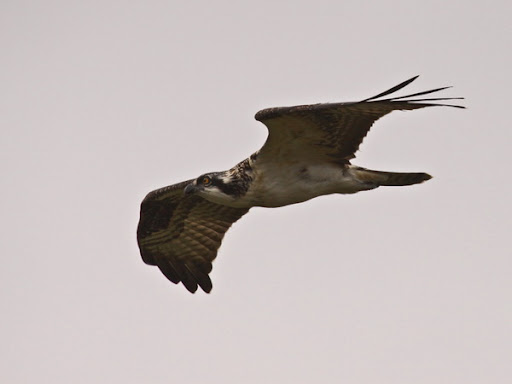 The open area along the ridge attracts migrating songbirds - several hundred noisy Blue Jays moved over the clearing today, while smaller birds fueled up on the berries - unfortunately most of the berries are from the invasive buckthorn. This Black-throated Blue Warber was anything but a confusing fall warbler ... 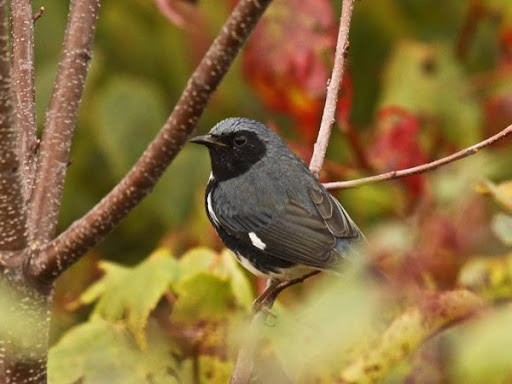 ... nor was there any confusion about this Northern Parula ... 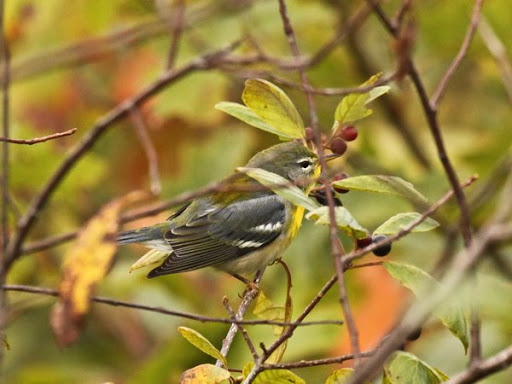 So what camera are you using now? The world would like to know how you are getting these incredible photos!

Nice pictures; how do you get them to hold still for you? :-)

Hi Chris,
We got a nice post again. Oh really is that the kind of weather you are getting too. here it has been raining for the last 18 days, and this morning, the snow appeared at the top of the mountain in front of Reykjavik. It does normally never happen before beginning of October.
Your shots are beautiful but I have to say that my favorite is the Black-throated Blue Warber. It is a fantastic shot of a beautiful bird. i love its gaze!

...Black-throated Blue Warblers always get me. I love them...as well as the Northern Parulas. I'd say it was a great day of birding (which very nice photos too!).