With the weather clearing this morning, hawk watchers flocked to Putney Mountain in anticipation of a good flight, scouring the skies for hawks. 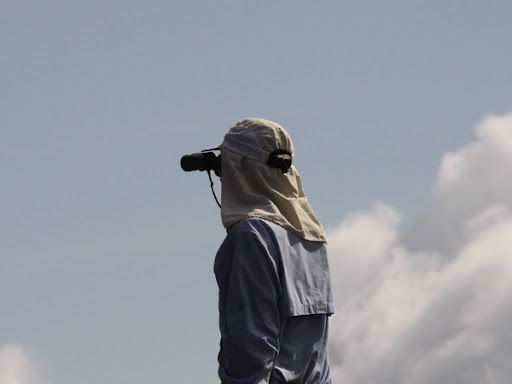 We were not disappointed. By the end of the day, 689 migrating hawks had been counted, including 528 Broad-winged Hawks and 125 Sharp-shinned Hawks (an unusually high number of sharpies for so early in the season). Plus there were Red-tailed Hawks wandering the ridge (we don't usually consider them migrants until late September) and Turkey Vultures going, north, then south, then north.

The most recent issue of Birding has an article about "Molt in Raptors on Active Migration." Today's hawks were low, affording good views, and the opportunity to note various stages of molt, as is especially evident on the tail feathers of the broadies in these next two photos.
Both birds are adults, but molt was also evident in young birds. In some cases, missing primaries made for a very ragged appearance. 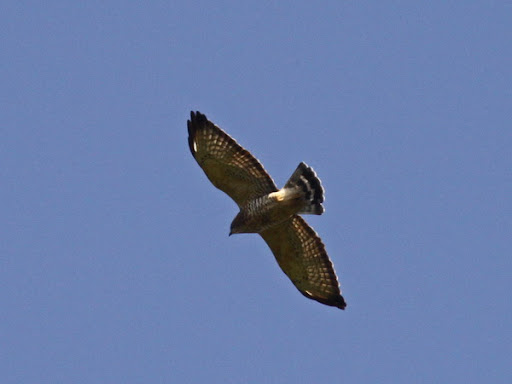 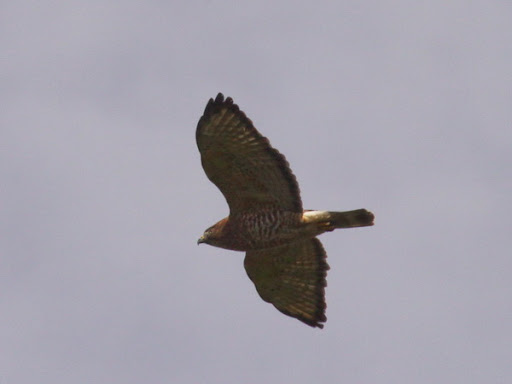 This young sharpie seems to be checking out the hawk watchers below, just as they are checking her out up above (probably her - the bird seemed large). 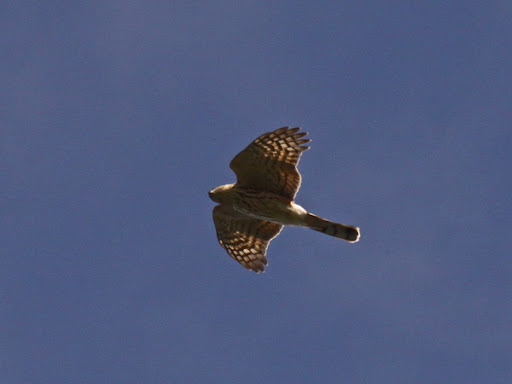 Only one eagle today - this young Bald Eagle (probably a first year bird) flew north, perhaps looking for someone to feed it or tell it what to do. Eventually it flew south. 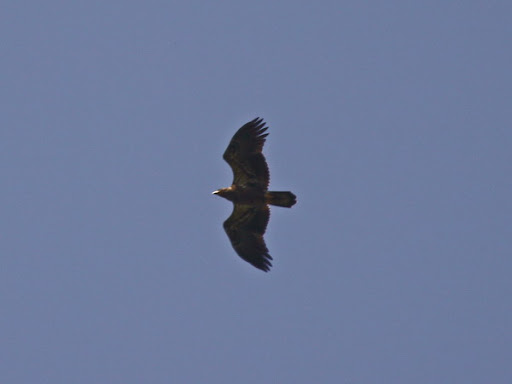 In addition to the regular hawk watchers, there were many other visitors. They were treated to a day of very good hawk watching, with "eye birds" often flying quite low over the ridge. 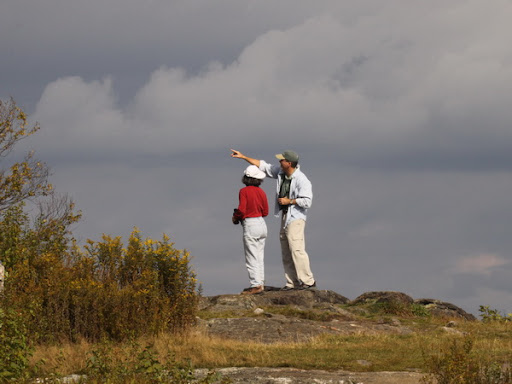 Wow, Chris; awesome photos! What camera are you using now?
I was at our local hawkwatch (Mt. Peter, NY) this morning but did not get your numbers. Hope they are headed this way over the next few days, as I feel a "fever" coming on and will have to call out of work....

What an incredible sight to see that must have been! Over 600 hawks in one day ... amazing! I do believe there is a viewing area here in NH as well though I'm not exactly sure where.

How I hate to see them leave. Seems I hardly even saw Turkey Vultures this summer.

689!! Wow!!! Must have been spectacular. I hope to get to a hot spot to see a hawk migration next year.

Chris..
its been great fun catching up with your blog...Putney mountain is a place we will have to experience. I really enjoyed all the posts about the Hawk watch!