Having been frequently asked, for several years past, by numerous friends of science, both in America and Europe, to present to them and to the public a work on the Ornithology of our country, similar to my large work, but of such dimensions, and at such price, as would enable every student or lover of nature to place it in his Library, and look upon it during his leisure hours as a pleasing companion - I have undertaken the task with the hope that those good friends and the public will receive the “Birds of America,” in their present miniature form, with that favour and kindness they have already evinced toward one who never can cease to admire and to study with zeal and the most heartfelt reverence, the wonderful productions of an Almighty Creator.
–  "Introduction," Birds of America by J.J.Audubon, New York, Nov., 1839

If you tell someone that you are going to an Audubon meeting, or that you are a member of Audubon, they will probably conclude, correctly, that you are interested in birds.

Somewhere around the beginning of the twentieth century, many bird clubs began to reorganize themselves as Audubon societies. As bird clubs, the members (a majority were women) were primarily interested in watching birds. As Audubon societies, their interest expanded to protection and conservation issues as many birds were on a downward spiral from threats such as market hunters, sportsmen, and the “feather in the hat” millinery business.

They took the name of their societies from John James Audubon, c.1785-1851. Throughout the world, the name, Audubon, is associated inextricably with birds. Audubon was born in what is now Haiti, the acknowledged bastard of a well-to-do French merchant-slaver, Jean Audubon.” He was an artistic genius and a brilliant eccentric.


Audubon’s father sent his son to France and provided him with the requisite education for a young gentleman: some letters, some art, some music, some military training. But as Napoleon’s need for cannon fodder grew, the young Audubon was shipped by his father in 1803 to America to avoid the draft.

In America, young John James tried to be a merchant in several different locations. He always failed. Once he was jailed for bankruptcy. His passion was wandering the woods, watching birds, shooting them, and painting them. His observation skills were honed, and his painting skills improved. By the 1820s he had a significant portfolio of bird paintings. He headed to England and from 1827 to 1838 he published the double elephant folio edition of “The Birds of America.” Based upon Audubon’s watercolors, most of the engravings were done by Robert Havell, Jr. of London; they were hand-colored under Audubon’s supervision. “The Birds of America” included 497 life-sized birds on 435 plates. The engravings also incorporated plants, mammals, reptiles, and insects. 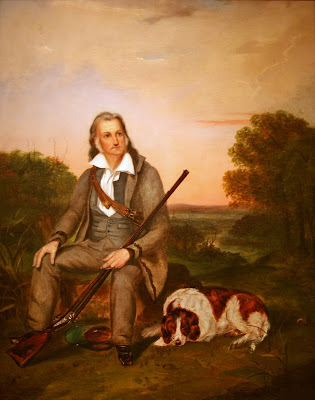 Audubon’s contemporary and rival, Alexander Wilson (see last week’s column), died before he completed his work and needed friends to finish “American Ornithology.” Audubon had better fortune. He completed “The Birds of America,” and successfully sold it. He made a modest fortune. He did so by being a tireless self-promoter. He presented himself “as a colorful frontier character, ‘an American woodsman,’ acting and dressing the part with long flowing tresses and rustic, fur-trimmed attire.”  He generated publicity and sold his work to the highest circles of European society.

John James Audubon then continued his success. His original work consisted of four volumes of plates and five volumes of text, called “Ornithological Biography,” 1831-1839. Corrections and additions were published in “Synopsis” in 1839. All were sold by subscription.

Audubon quickly realized that  a more popular edition of his work was needed. In 1840-1844 he brought out an octavo edition in one hundred parts at a price of one dollar each. Every part had five colored plates. It was designed to be bound in seven volumes. The octavo edition was still expensive and also sold by subscription, but it was successful. There were nine editions. Brooks Library has the last octavo edition, 1871, in its collection. Dover Publications issued an unabridged replication in 1967. 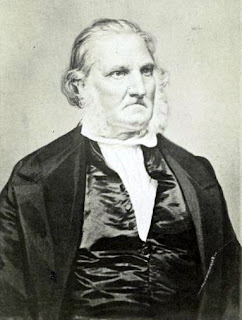 Audubon made his last trip out West in 1843, the basis for his final work on mammals, the Viviparous Quadrupeds of North America. The work was completed by his sons; the text was written by his long-time friend, the Lutheran pastor John Bachman (whose daughters married Audubon’s sons). Audubon spent his last years in senility and died in 1851 at age 65. He is buried in the Trinity Cemetery at 155th Street and Broadway in New York City.

In 1886, George Bird Grinnel, a well-educated outdoorsman and editor of “Forest and Stream” magazine invited his readers to join the first organization dedicated to the protection of birds. “He called the new organization the Audubon Society after the man whose name no less then than now was inextricably associated in the public’s mind with birds. Within a few months, the Society attracted more than 38,000 members.” (Leahy) This original Audubon Society only lasted a couple of years. But the die was cast.


In 1896 two well-to-do Boston women organized the Massachusetts Audubon Society with 900 of their peers. Their purpose, in part, was “to work to discourage the buying or wearing of feathers and to otherwise further the protection of native birds.”

In the all important contest of promotion, sales, and name recognition, John James Audubon bested his contemporary Alexander Wilson. Audubon lived a longer life. He published his work twenty-five years later than Wilson when relations between America and England were improved and he could tap the societal resources of Britain. The robust growth of the American economy also gave him a much bigger home market.

Audubon and Wilson met one time, in Louisville, Kentucky. The encounter has given rise to many tales and accusations, all unworthy of these creative men. Both men were pioneering naturalists; neither lacked for ego. There is certainly enough material in Audubon and Wilson for several more columns. Keep coming back in the next several weeks.

In the meantime, good birding.

What a great idea to mention Audubon and his tremendous work!
Great article!
Since you like birds so much it is well worth looking into The Bird Paintings of C.G. FINCH DAVIS!
He was South Africa but had a talent close or equal to that of Audubon!!
Another one a huge talent and still living nowadays in Australia is William T. COOPER!
He illustrated so many books including "The Parrots of the World" written by Joseph FORSHAW!
The link to his website, well worth discovering:
http://www.williamtcooper.com.au/
Cheers, Chris!

PS: You can see the cover of William Cooper's books in the page "Parrots", just below my banner!