As today's snow storm slowly got underway, the redpolls invaded my yard in numbers that left me breathless. The moments of repose for the birds were few as they fed with a frenzy. 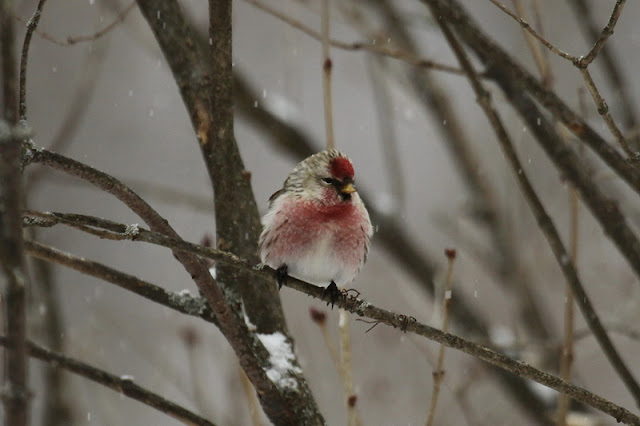 At one point, my spouse offered her estimate: 200-300 redpolls. I did not disagree, but needed some more tangible means for reporting such a number. It came with this following picture. The photo will win no awards, but the physical count yielded 105 birds. This does not include the many birds hidden beneath the edge of the porch and around the edge of the barn. Nor does it include at least as many birds feeding beneath the bulk feeder, nor those picking seeds from beneath the kitchen window, or crowding the perches on the thistle feeders, or perching in the trees, or continuing to fly in. To say 100s of redpolls is not unreasonable, although to keep it conservative I will confine the count to the 200-300 which she proposed. 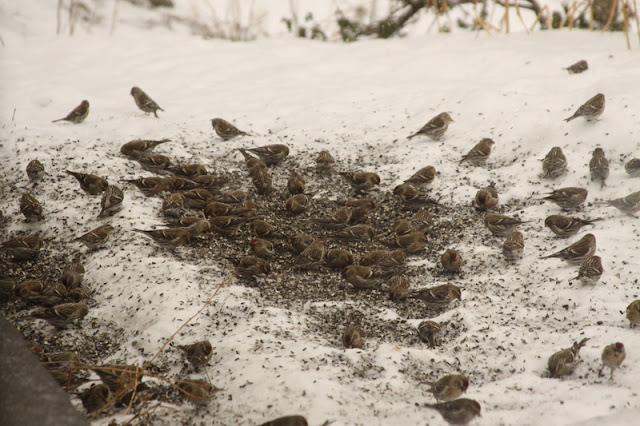 The birds were continually moving, frequently bursting with so many wings that "roar" is appropriate. 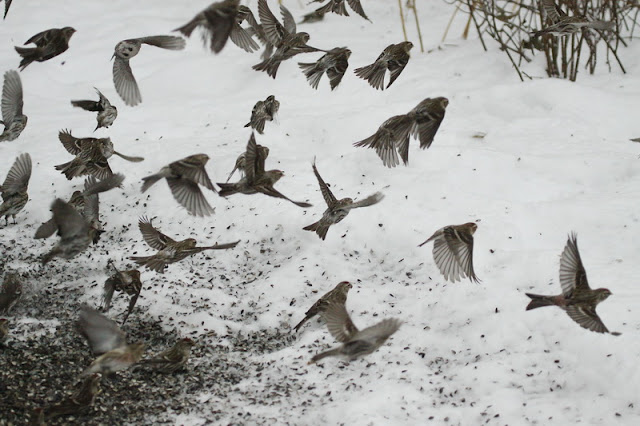 Though there was no shortage of food, they vied for perches and contended with one another. 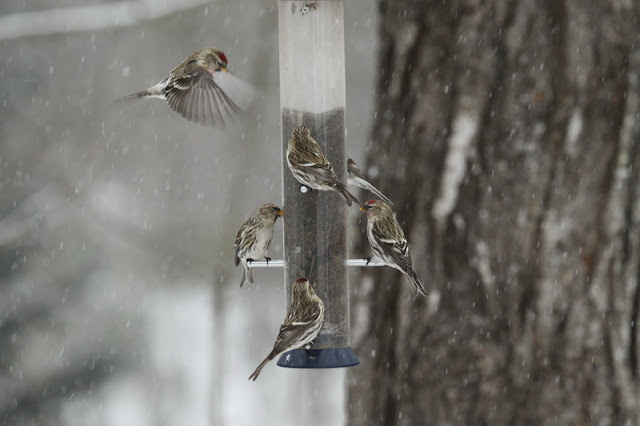 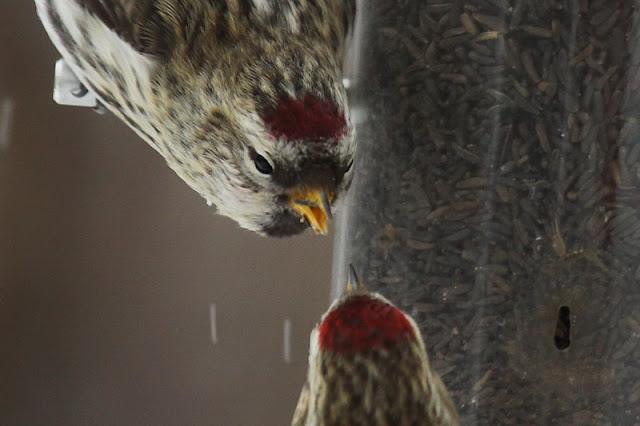 With each "spook," they just as quickly returned. Even my presence on the back porch did not keep them from returning and feeding at my feet. From time to time there were even moments that I could call "pensive." 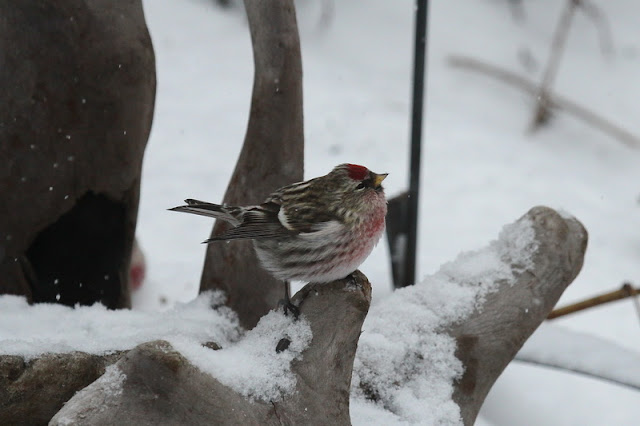 With such a rich display, one should be satisfied, and I was - but I was also hopeful that a Hoary Redpoll might be somewhere in the flock. It would be a lifer. But today was not the day. Someday.

Your pensive moment photo made me laugh out loud... And wow that's a lot of redpolls!

I wish I could see some Redpolls! Awesome!

I thought we had Pine Siskins earlier in the season but I haven't seen any lately.

What a glorious experience for you! I have never seen anything like that before. Splendid photographs! I hope you can keep your feeders filled.

Oh my gosh!! What a wonderful sight.Your photos are beautiful too. The first and last are stunning. I have to say the "pensive" moment made me laugh! Lucky, lucky...

Fantastic!! Great pictures! I am excited to see that many Redpolls at your feeder and hope that they will come to my feeder too!

Chris -- Terrific shots of your Common Redpoll invasion. They must have been warned to prepare for the impending snow storm.

Wow, Chris! Awesome shots of these lovely birds. I am envious of you and your yardbirds. I would love to see just one of these cute guys. Can you send one down to my yard in Maryland, Please.

fantastic Chris - hoping some come a bit more south to my feeders. Only 1 siskin and no redpolls so far