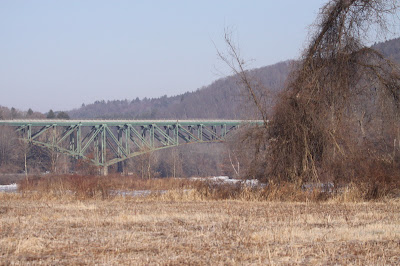 Last week I finished my column with a brief weather report on the day we counted. Then I began to wonder how I had recapped the weather for previous Christmas counts. I went back through the last ten years of participating in, and writing about the Christmas Bird Count which we do in the Brattleboro area on the third Saturday in December. Here are the weather recaps which I wrote for the last ten years beginning with this year.

2010 - Unlike so many years, it was a delightful winter day, with brilliant blue skies,  pleasant winter temperatures, only a dusting of snow, and only a few icy spots when walking. It made for a day of good birding.

2009 - The thirty people who did the Brattleboro area set out on the coldest Saturday morning any of the veterans could remember for a count day. The temperature was two degrees above zero. Through the day it crept up to the low twenties, but the damp cold penetrated clothing in a way that the early morning cold did not.

2008 - I stayed put during last week’s ice storm. Except for bringing in wood, I did not go out of the house. The lights flickered several times. I had to reset my clocks, but that is hardly unusual. I was insulated from the nasty weather in more ways than one. 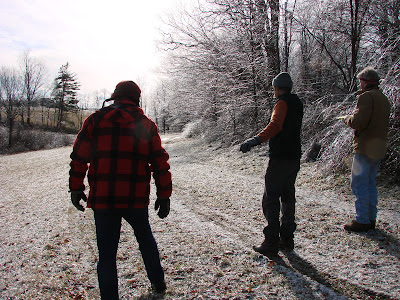 me the Christmas count, and I began to realize the storm’s impact on our region. In the Brattleboro area, the 15 mile diameter count circle is divided into seven regions, each with a count team. Two of those teams begin the day at my home. On the count morning, nine people gathered from seven homes. Only two had electricity. 2007 - There was more snow on the ground than I can remember in the years I have done the Brattleboro Area Christmas Bird Count (CBC). And it was colder than previous years. And when the wind blew, it was colder yet. By mid-afternoon, the clouds began moving in; the air became dank and damp and felt even colder. My heavy insulated boots kept my feet warm, but everything became chilled. 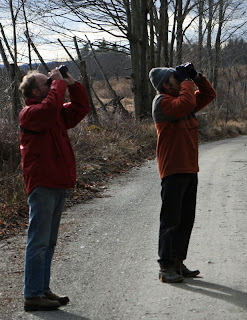 2006 - Weather conditions were unseasonably mild and pleasant. Mostly sunny skies, light winds, and moderate temperatures made it seem like New Jersey in December, not Vermont. Rivers and ponds were completely open.


2005 - Weather conditions were wintery; the foot of snow cover was the most we’ve had in many years. Temperatures occasionally flirted with “December balmy,” then quickly returned to wind-chill cold.  Rivers and ponds were almost entirely frozen.

To most veterans of the field count, it was a difficult day - one in which they had to search for species and where counting was not difficult because there seemed to be few birds to count.

2004 - Weather condition were marvelous with clear blue skies and cold but not bitter temperatures. With almost no snow cover and with rivers not yet frozen over, conditions were ideal. Conditions were so ideal that the day produced record numbers for the Brattleboro area. Some of the regular participants in the field count have often slogged through horrible weather to find few birds; this year at the end of the day they were satisfied  with a day of very good winter birding - 58 species had been observed with a total bird count of 4,307 birds. 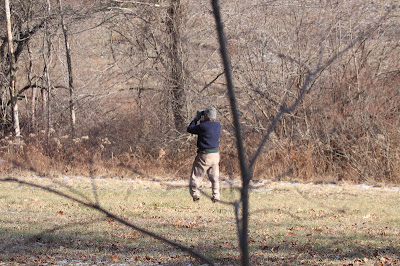 2003 - While the weather was cold and the wind brisk, the conditions generally were the best in several years. Skies were clear, the sun was bright, and the roads were clear. Thin ice in a few places prevented some exploration, and snow cover kept the number of miles walked on the low side. Veteran participants were enthusiastic about the good conditions.

On the other hand, the number of species reported, 42, was the lowest in over a decade, and in recent years, only 1999 counted fewer birds. The low number of species is probably due to winter getting an early grip. In previous years the Count has had such fair weather species as Great Blue Heron, Wood Duck, Ruby-crowned Kinglet, Chipping Sparrow, robin, cowbird, and towhee. No such fair weather species were reported this year. Either they have all gone south, or the individuals which lingered were done in by the weather.

2002 - These CBC results were obtained on a day with unfavorable weather conditions for the birds and the counters. In fact, veteran counters can remember few less favorable days. Roads were often slush covered and icy. Fog and mixed precipitation (mostly cold drizzle) reduced visibility, misted binoculars, and confined many birds to their roosting places. Nearly every team had to “work hard” to find birds, with usual hot spots being often disappointing their expectations.

2001 - The day was not without its frustrations for the field counters. The lack of snow cover, and winds which increased throughout the day, probably contributed to the birds being more widely scattered than usual, and hence harder to find. Nearly every team reported long stretches in which no birds were seen or heard. There were “hot spots,” but it required patient searching to find them. 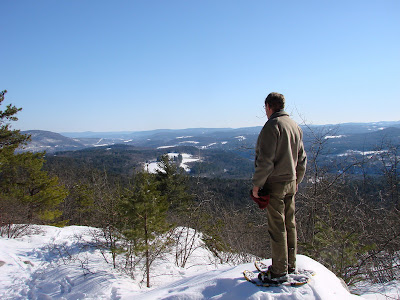 In summary - the Brattleboro area, hundreds of places throughout North America, and many places around the world, do the Christmas Bird Count between December 14 and January 5. Some places have favorable weather. In southeastern Vermont, some years the weather is favorable. But the count is done, weather or not.

I used to do CBCs in Long Beach, CA and Boulder, Colorado. My Boulder territory was on a canyon trail, all on foot with a 1000 foot climb!

You Vermonters are a tough bunch! The birders too!